LIFE THROUGH THE LENS OF SANAN ALESKEROV

If you look at the “about” section of Sanan Aleskerov’s new website, it won’t take you long to understand that this is a man well versed in photography. In the world of smartphones where everyone’s a photographer, meeting Sanan is a breath of fresh air, because as digital technology moves photography into increasingly new territories, Sanan continues to find inspiration in photography’s classics.

We meet one afternoon in spring outside the former Admiral’s Park in Bayil, a district of Baku once home to Tsarist and Soviet naval bases. Today traces of history can still be seen: the park is surrounded by characterful old houses and Sanan himself lives in a former military barracks. We climb the old stairs, pass a mural depicting a sailor and arrive at the door of his workshop-cum-flat – spacious and minimalist, simple and stylish, but then what would you expect from one of Azerbaijan’s most respected photographers.

Black and white images of differing sizes decorate the lounge walls. One grabs my attention in particular – hanging to the right of the divan the large photograph shows a middle-aged man in a relaxed pose with an Olympus hung around his neck. Who’s this? I ask. That’s Josef Koudelka, Sanan says, referring to the legendary Magnum photographer who documented the Prague Spring in 1968. Koudelka is one of Sanan’s photographic idols, along with the likes of Eugene Smith and Edward Western, both of whom remain relevant despite the ever-changing nature of the image-making world. Eugene Smith lived the stories he wanted to tell, while Western appreciated very simple things, he tried to understand their inner essence, says Sanan, revealing something of his own practice.

For me photography is something I can’t be cured of, it’s forever…

Key to Sanan’s philosophy is the idea that Reality is beautiful the way you saw it, as opposed to the excessive editing common to the photography business today, even at prestigious competitions such as World Press Photo. This, warns Sanan, causes images to lose their natural documentary value: As you change it the life disappears, the truth disappears, half the strength is erased. It was this documentary nature of photography that for Sanan, despite the many artists in his family, distinguished it from other visual art forms and attracted him to the genre: I understood that photography is strong in the sense that it tells you the truth, you believe it more [than other visual art forms].

Czech photographer Koudelka was a true documentarian who embodied this approach; his name is a recurring theme throughout our conversation. Explaining the Magnum photographer’s influence on him, Sanan says: His book “Gypsies” showed me the 19th century, perhaps even the 18th century, happening in the 20th century. If you look at it you feel as though you’ve been transported to a different time.

LIFE THROUGH THE LENS OF SANAN ALESKEROV 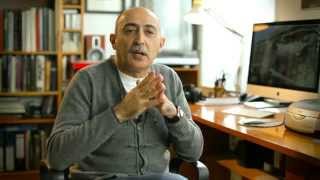